Christopher Foran is an independent author from Kinsale who has just released his debut children’s book entitled ‘’Alvin the Unusual Owl’’. Since his son Scott arrived in 2015 Christopher and his fiancée Caroline have consumed hundreds of books with their son and it gives them both great pleasure to see how much he benefits from being read to and how it fuels his imagination. So that was exactly the impetus Christopher needed when he decided to write his own children’s book, one that he could read to his own son. According to his fiancée Caroline ‘’This was always a route I envisaged him going down’’.

Christopher maintains, in the age of tablets and iPads, it’s vital the traditional methods of communicating with our children are preserved. Whether it’s a novel or kids book, one thing that modern technology cannot replace is the touch or smell of a newly bought book. Nor can it replace the act of turning a page, pages should be turned, not swiped.
Christopher understands that for most parents time is scarce but it’s important that we try and dedicate some time each day, however little, to reading to the next generation.

Still only four and unable to read without the help of his parents, Christopher hopes the seed has been planted with his own son and that he continues to enjoy books for a long time to come.

This endearing and educational picture book aimed at 0-6 year olds, centres around the main character Alvin who goes in search of an owl friend, but after numerous failed attempts at doing so, he gets some help from an unlikely source which enables him to fulfil his goal.

Alvin the Unusual Owl is currently stocked in the following locations and is available online via https://www.littlekidbooks.net

Best of luck to Christopher with this gorgeous book, published just in time for the Christmas market. 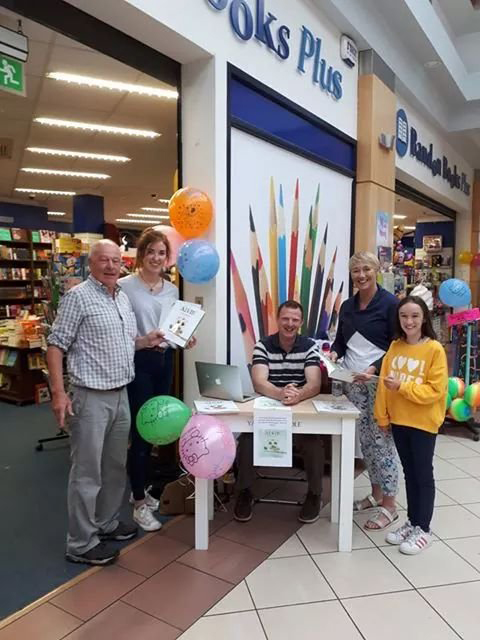