The standard of play at the annual White Lady Golf Tournament on 1st November will be higher than usual this year with the late entry of Kinsale golfer John Murphy, who secured his card for the European Challenge Tour 2022 just months after turning professional. Also teeing off at the Old Head Golf Links will be Peter O’Keeffe, only the seventh Irishman in history to capture the Irish Close and Open amateur titles in the same year, and the first since the great Pádraig Harrington in 1995 to do the double. By coincidence, one of the highlights of the post-match awards ceremony is the raffle for a flag from the 18th hole at Carnoustie, signed by Harrington in 2007 when he won the British Open. All proceeds will go to the RNLI, long-time charity partner of the White Lady Cup.

Anthony Collins of The White Lady said: “Never did I think when Dave Whyte, Danno O’Leary, Kieran McCarthy and myself started the White Lady Cup back in 1995 with a couple of dozen entries that we would attract players of the calibre of John Murphy and Peter O’Keeffe, and golfers from all corners of Ireland and the UK. We now have around ninety regulars who play every year, and a waiting list half as long again. It’s great to see John and Peter supporting a local event, and a great local charity like the RNLI. Can you imagine the bragging rights if anyone manages to beat them on the day?”

Raffle tickets cost €10 for the Padraig Harrington signed flag available from the White Lady Hotel, Kinsale or 083 1529282. Draw on 1st November. All proceeds in aid of the RNLI, the charity that saves lives at sea. 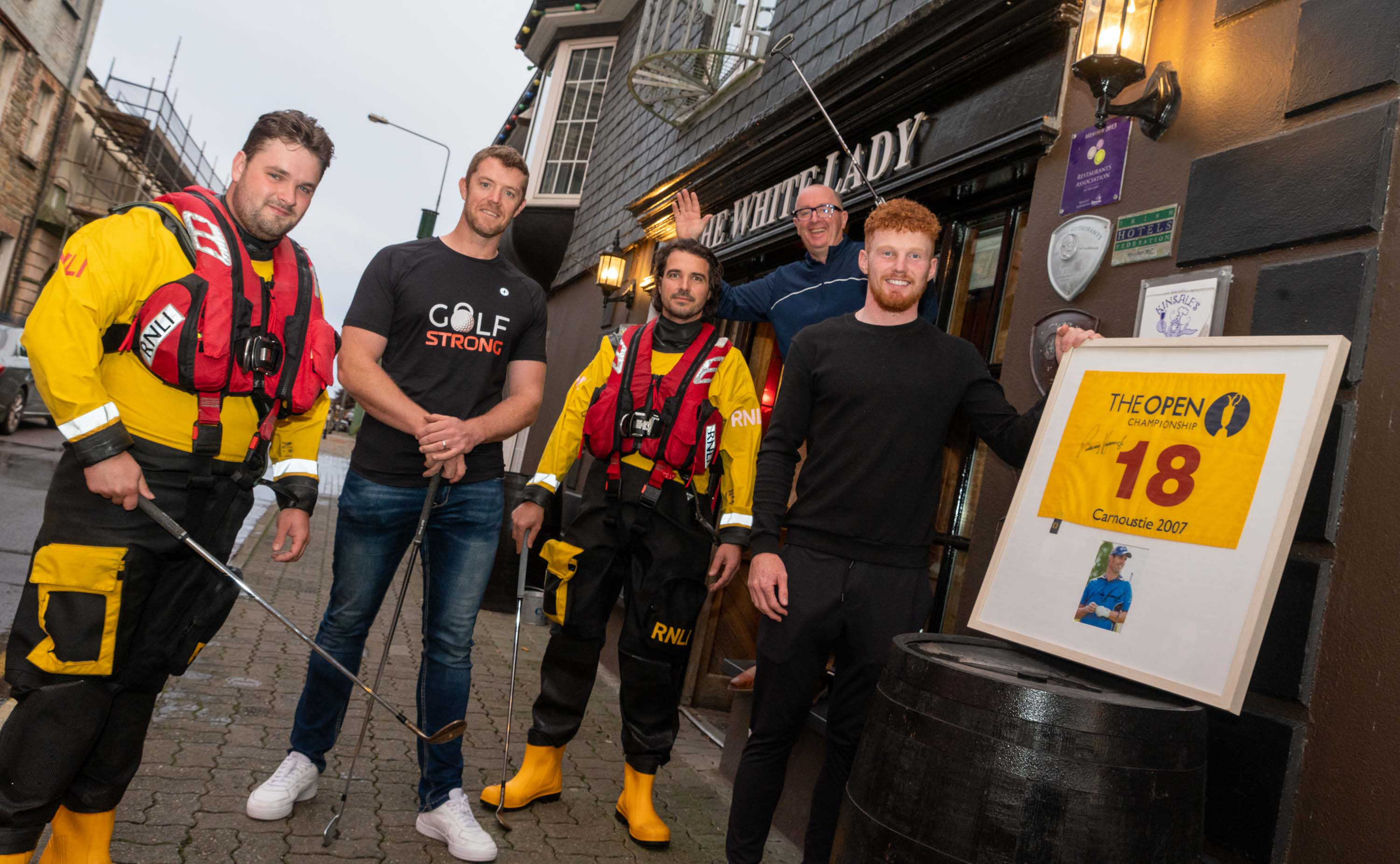