Congratulations to John McGrath & Frank Walsh from the West Bar in Westport, winners of the 2nd Annual National Chowder Cook-Off, held on the grounds of Actonâ€™s Hotel, Kinsale on Sunday 27th May.

The competitors, made up of chefs, fishermen and commercial chowder producers travelled from all 32 counties of Ireland to participate in the Cook-Off, where members of the public were the judges. On entry each received a voting card which allowed them to sample all chowders from the individual stalls and cast their vote to crown Irelandâ€™s Nation Chowder Champion 2012. For more information see www.kinsale.ie. 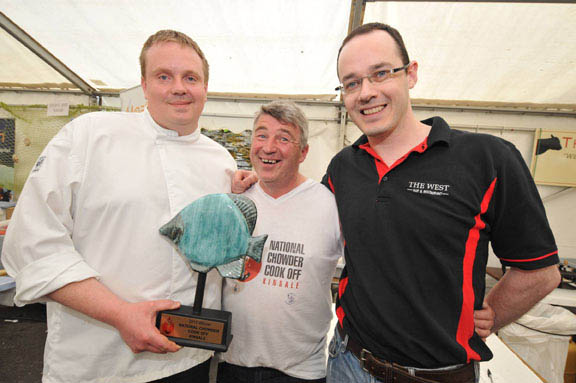