As part of Operation Thor, a Day of Action was carried out in the West Cork Division on March 12th 2019.
Six arrests were made in relation to a number of incidents of theft, dangerous driving and harassment. A total of 9 charges were brought against 3 of the people arrested. Three men were arrested on foot of 4 bench warrants and have since appeared before the courts. Ten Adult cautions and 1 JLO caution were also issued in relation to recent theft incidents.
The operation was carried out by local Gardaí along with members of the Detective Unit, Drugs Unit, Roads Policing Unit and members of the Armed Support Unit from Anglesea Street. Assistance from Revenue and Customs, The Department of Social Protection, Cork County Council-Environmental Protection Unit and the Road Safety Authority was also provided.
As part of the day of action, 2 multi-agency checkpoints were carried out on the N71, Toureen, Ballinhassig and on the R586, Ballyhalwick, Dunmanway. During the checkpoints a number of minor road traffic offences were detected. The Department of Social Protection had a number of detections which will warrant further investigation. During the checkpoints Gardaí also distributed crime prevention leaflets to motorists on the ‘Lock Up Light Up’ campaign which is aimed at raising awareness regarding home security.
A crime prevention stand was also set up in Riverview Shopping Centre in Bandon where Gardaí engaged with the local community with the aim of raising awareness on recent incidents of theft from unlocked vehicles and bogus callers/rogue traders. A presentation on personal safety and home security was also given to Kinsale Active Retirement Group. 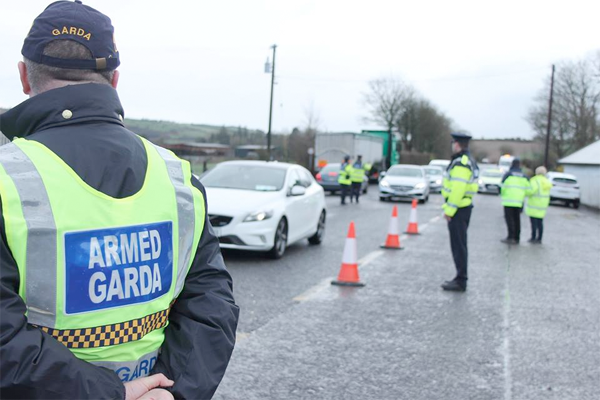