A Table Quiz with a Difference!
Posted by Kinsale Newsletter on Monday 26 November 2012

A Table Quiz with a difference was held at the Trident Hotel on November 22nd, 20 when a near capacity attendance, which in addition to more regular questions, was challenged by a variety of sights, sounds and smells. A lot of teams were in the running for prizes, and eventually there were just a few points between the first three teams.

The winning team was lead by SeÃ¡n Hurley, with Niall Twamley, Noel Coffey and David Kelly. 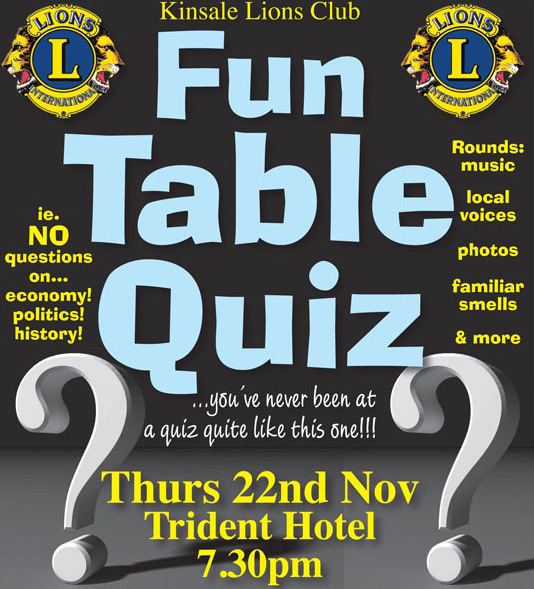