All Ireland Table Tennis Champions 2 years in a Row!
Posted by Kinsale Newsletter on Wednesday 15 May 2019

Comhgairdeas to the 2 teams from Summercove NS, both girls and boys, who travelled to Dublin to compete in the All Ireland Schools Table Tennis Competition. The teams were already crowned Munster Table Tennis champions. The All Ireland final was held in the National Sports Arena on Thursday the 2nd of May.
The boys team were defending their title from last year as All Ireland Champions 2018. The school was very proud to also have a girls team representing Munster.
The teams fought off some stiff competition in both codes with the Leinster side proving to be the most difficult competition. The girls played to the best of their abilities and competed well but unfortunately Leinster won out in the end.
The boys team conquered all 3 provinces but with some close encounters along the way with the Dublin side, they finished up winning all their matches and were worthy winners of the All Ireland for a 2nd year in a row.
SN Chóbh are very proud of each and every one of them and welcomed the children back to the school on Friday to honour and pay tribute to them for their wonderful achievements. The school would like to express their thanks to coach Alan Hurley for his outstanding work with the students in the school and within the club.
SN Chóbh Abú!! 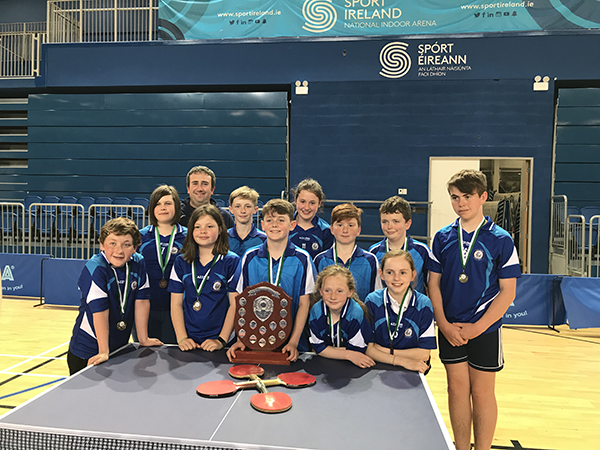