The link between St. Josephâ€™s N.S. and St. Johnâ€™s N.S. Kinsale has been long established. Traditionally the boys and girls spent their infant classes in St. Josephâ€™s and then transferred to first class in St, Johnâ€™s. The two schools amalgamated into the new co-educational school in September 2013 named Scoil Naomh Eltin in honour of the Patron Saint of Kinsale.

The school has been accommodated on the former St. Josephâ€™s campus whilst the new school building was being constructed.  This school is part of the Department of Education and Skills five year school building programme released in 2011.

This project was managed on their behalf by the Office of Public Works.  MMD a local construction company have done a tremendous job in building a state of the art school. It consists of 16 classrooms, numerous support rooms, a magnificent hall and is equipped with the most up to date facilities. The pupils and staff of Scoil Naomh Eltin are moving to this new premises on Monday next September 22nd.  The children and staff will depart from their current premises at 10 a.m. They will walk through the town to their new school for the first time.

Susan O'Hanrahan, School Principal, joins with staff in inviting parents and members of the wider community to take part on this memorable walk to celebrate with the children and staff who have waited so long for this historic day!  It is a momentous occasion for Kinsale as it marks an exciting new chapter in primary education in the town. 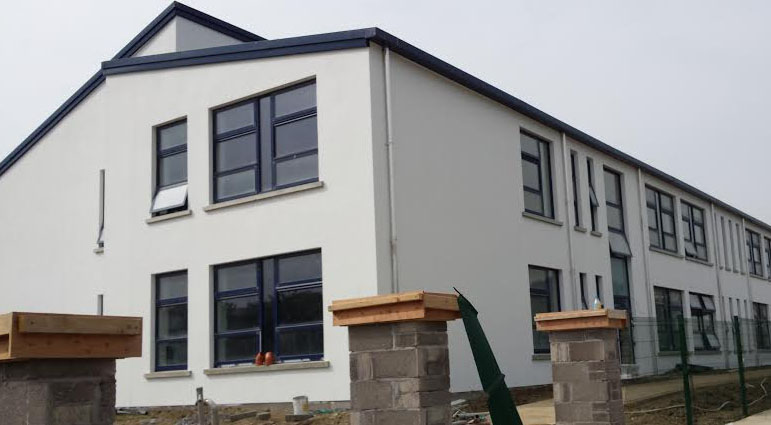