It’s hard still to comprehend the adulation that Jane Austen still inspires 200 years after her death, but last Friday at Ballinacurra House the passion and love was there for all to see.

Words by Water launched the Literary Festival with a Country Ball in the style of Jane Austen, whose bicentennial is celebrated this year, as guests stepped into the era of one of the world's best loved authors.

With the evening devoted to Jane Austen in the beautiful Ballinacurra House, costume period dress or black tie was the style of the evening. From dancing to costume, the event was a chance to take a step back into 18th century life and culture. It wasn’t just a Cork-based affair as guests came from all over the country and as far away as Donegal.

Starting with canapés & sparkling wine on the Terrace and the Champagne Garden, prizes were awarded for best dressed man and woman.

During the three-course dinner, a performance of scenes from esteemed actors of Austen's greatest dramas by Classic Times Theatre Company. After dinner continue with dancing & chat.

Words By Water, the first Kinsale Literary Festival, is taking place in October and promises a host of entertainment for readers.
Noted Irish novelist, playwright and poet Dermot Bolger will be chatting about his craft.
If you want a wry look at Irish life and culture, who better than Colm O'Regan and Tara Flynn? Colm has penned a number of odes to Irish Mammies and Giving Out Yards, Tara's guide to the art of complaint, is a true insight to the Irish psyche.
Paul Howard presents a very different version of Ireland in his hugely successful Ross O'Carroll Kelly series. The hugely successful playwright and journalist, who last year published a biography of Tara Browne titled "I Read the News Today, Oh Boy", will also be in town.
Poetry will also be celebrated at the festival, with appearances from Theo Dorgan and the always-irreverent Rita Ann Higgins. Tribute will also be paid to a local literary figure, with an evening devoted to Aidan Higgins. 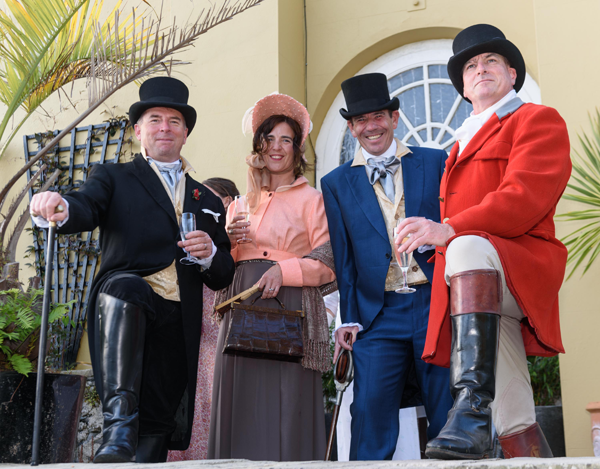