The national competition, which had hundreds of entrants nationwide, was run by Folens and the entry has just been published in the 2013/14 Siamsa Christmas Annual, which is distributed to all Irish National Schools.

Rory, pictured with his brothers at the switching on of the Ballinspittle Christmas Lights, was absolutely delighted with his success and wishes to thank his brothers Eoghan, Conor and Tomas and all in Ballinspittle National School, his teachers and classmates, who helped him hugely in putting his essay together.

Rory, who hails from Kilkerran, Ballinspittle, plays Hurling and Football with Courcey Rovers and Rugby with Kinsale Sharks.

Congratulations to Rory on this great achievement. 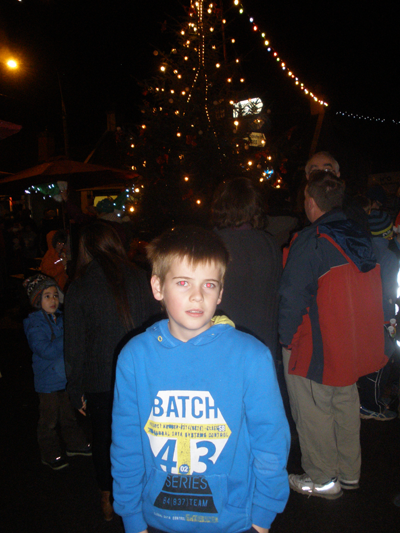