Castletownbere RNLI rescued two fishermen from a sinking vessel in the early hours of this morning (Thursday 9 June).
The volunteer crew was requested to launch their all-weather lifeboat at 4.45am to go to the assistance of a fishing vessel which was reported sinking 11 miles south west of Dursey Island on the Beara peninsula.
The Castletownbere lifeboat under Coxswain Brian O’Driscoll and with six crew members onboard was launched minutes later at 4.55am. Weather conditions at the time were described as good with a Force three to four wind and good visibility. The naval vessel LE Orla and the Irish Coast Guard’s Rescue 115 helicopter were also tasked. The lifeboat was on scene at 5.50am where the crew found two fishermen in a life raft. Both men were taken aboard the lifeboat and were reported to be safe and well. The lifeboat arrived back to Castletownbere at approximately 8am this morning.
Speaking following the call out, Paul Stevens, Castletownbere RNLI Volunteer Lifeboat Press Officer said: ‘Fortunately the weather conditions were favourable early this morning and we were able to quickly transfer the two fishermen into the safety of the lifeboat. Both are safe and well. They did the right thing this morning and raised the alarm when they got into difficulty. See the rescue at http://rnli.org/NewsCentre/Pages/Castletownbere-RNLI-rescue-two-fishermen-from-sinking-boat-on-Beara-peninsula.aspx
‘This morning’s call out came as the RNLI prepared to launch its Respect the Water campaign today. The sea is wonderful but it is also powerful and unpredictable and people need to treat it with respect. Each year RNLI lifeboat crews rescue hundreds of people around Ireland but sadly, not everyone can be saved. The real tragedy is that many of these deaths could have been prevented.’
Respect the Water aims to highlight the risk of accidental drowning when people are near the coastline by encouraging safer behaviour both in and around the water. The campaign is primarily aimed at males aged between 16 and 39 but the same advice is relevant for anyone visiting the coast.
Coastal fatality figures released by the RNLI show that an average of 23 people die through accidental drowning around the coast of the Republic of Ireland each year.
The charity is asking people to visit RNLI.org/RespectTheWater where they will find information on coastal hazards, how to keep themselves safe, and what to do should they someone else end up in trouble in the water. On social media search #RepectTheWater. 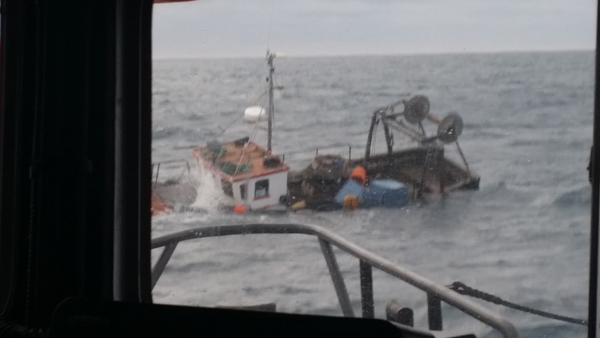