Congratulations to Charles Henderson of Kinsale TidyTowns Committee who was presented with the national title of the SuperValu Community Hero Award at the Awards ceremony in Dublin today. Charles, who was nominated by fellow Kinsale TidyTowns Committee members and local Kinsale SuperValu retailer Michael Smith, is one of the founding members of Kinsale TidyTowns and has been instrumental in motivating and encouraging the local community while at the helm of the committee for over thirty years.
The award celebrates the efforts of ten SuperValu Community Heroes who act as exemplary members of their community; with Charles Henderson winning the overall title. Each hero was acknowledged for their outstanding contribution to their local area through their involvement in SuperValu TidyTowns. On hand to present the prize was Martin Kelleher, Managing Director of SuperValu, with the announcement being greeted with great celebration. SuperValu is the competition’s main sponsor for 24 years, making it one of Ireland’s longest running sponsorships.
Speaking at the ceremony, Martin Kelleher, Managing Director, SuperValu said, “These ten TidyTowns volunteers from around the country have made an outstanding contribution to their local area, rallying those around them to achieve a shared goal and bettering their community as a result. We are delighted to recognise that contribution through the SuperValu Community Hero award. Their relentless commitment to working for the good of their local community is what makes this competition the success it is today.”

The Helix in Dublin was packed with a 1,000 representatives of TidyTowns groups from all over the country for the awards ceremony. Interest in the SuperValu TidyTowns competition has been consistently high and this year marked the highest number of entries to date with 862 towns and villages entering into the competition.

The TidyTowns competition is organised by the Department of the Environment, Community and Local Government and has been sponsored by SuperValu since 1992.

Congratulations to all involved in Kinsale Tidy Towns on winning a Gold Medal in our population category, all the hard work you have put in through the years has paid off. 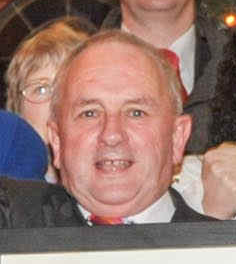