An assembled audience of 240 guests gathered at the Celtic Ross Hotel in Rosscarbery on 8th November, to laud the Award winners at the 24th West Cork Garda Youth Awards, in association with SuperValu.
Huge congratulations to Sarah Fitzgerald who was an award recipient. Since she was 5 years of age, Sarah has written books, and sold them at the Christmas market. She has donated all the proceeds, in excess of €2,500, to Ronald McDonald House, where she has a special plaque with her name on it. Sarah recently presented a 10-point proposal to the government, titled Book Cloud, which would operate in a similar fashion to Food Cloud. Her mission is to encourage more children to read books, and she has established her own website www.sarahsbookproject.com. Sarah was a creative ambassador for Cruinniu na nÓg 2019, and an ambassador for Irish Book Week.
Chief Superintendent Con Cadogan, Divisional Officer for Cork West Division, paid tribute to the Award winners, saying that it was heartening to see so many young people involving themselves in activities within their local communities. He also stressed the importance of the spirit of volunteerism in general, and he commended the positive input created by those who give freely of their time, and that An Garda Siochana was delighted to be in a position to honour the Award winners. He also said that the Award winner’s dedication and commitment to their communities, be that local, national, or international was uplifting to witness. Adam Walsh from Fields SuperValu in Skibbereen spoke on behalf of the SuperValu retailers who sponsor the Awards. He paid tribute to all the Award winners and the outstanding contribution they had made. He noted how encouraging it was to see the Award winners value community, and how reassuring it was to observe that they were investing their time to enrich their community. He also said he was proud to speak on behalf of the SuperValu Retailers who had generously sponsored this event for 2 decades which is a real endorsement of SuperValu’s commitment to supporting local and building vibrant communities.
Inspector Brian Murphy, Chairman of the Organising Committee lauded the achievements of the Award winners, and commented that not alone are they the leaders of the future, but indeed that they the leaders of today. He stated that the task of the Judging Committee was a difficult one, given the quality of nominations received.

All three speakers also expressed their thanks to the Irish Examiner, who are proud media partners for this worthwhile community event. They recognised that this media partnership has led to an increased profile for the event, and has further enhanced its reputation.

A total of 16 Awards were presented, and the mood was uplifting, as the dedication and excellence of the Award Winners was celebrated. Garda Damian White, Community Garda at Bandon Garda Station, who is PRO for the event, highlighted that there was a very high standard of nominations received for the Awards this year. This reflects the contribution being made by young people across West Cork. Each of the nominees who didn’t win an Award will be recognised with a Certificate of Nomination, which will be presented to them by their local Superintendent. 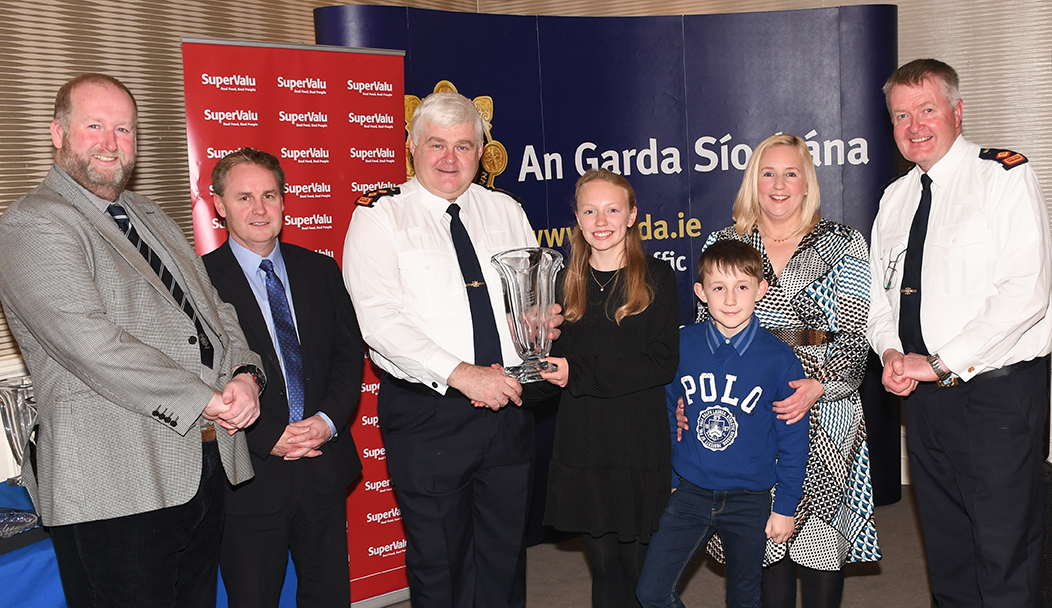