Former Irish International Captain and Manager of the Irish and British & Irish Lions rugby teams and renowned rugby journalist and broadcaster, Donal Lenihan, tonight launched the 2014 Heineken Kinsale 7s that takes place in Kinsale over the May Bank Holiday (3rd & 4th May).
Now in its 26th year, The Heineken Kinsale 7s is Irelandâ€™s largest Rugby 7s tournament and builds on its success each year. As always, it will be an action-packed weekend of competitive 7s rugby for the attractive prize fund of â‚¬30,000 as well as a creating a truly festival atmosphere, with over 10,000 visitors expected in the seaside town.
Due to its continued popularity, the Heineken Kinsale 7s is nearly fully subscribed with over 80 teams registered from Norway, Germany, Luxembourg, France, the UK and Ireland, featuring elite and club players from all over the world.
Kinsale RFC welcomes to the Menâ€™s Elite Competition defending Champions, the FFS Wild Geese, the Red Pandas and Wooden Spoons from the UK and strong challengers UCD and Trinity College Dublin.
Also, a number of teams in the Menâ€™s Open and Social competitions, to include defending  Champions The Lightning Bolts from Dublin, Merciki from France, the RD7s and Tunbridge Wells Clungenmeisters from the UK as well as a number of Irish and UK teams looking forward to a weekend of running rugby and a great festival atmosphere.
The Womenâ€™s tournament is hugely popular again this year, with over 20 teams in Elite, Open and Social competitions including the Norwegian Vikingettes from Norway, Wooden Spoon Women from the UK, the Lady Rogues from Germany, the Tommy Bohs from UL and a team from Luxembourg competing in the Womenâ€™s Open Competition.
Pat Maher Heinekenâ€™s Event and Sponsorship Manager said; â€œHeineken, alongside our business partners in Kinsale and surrounding areas, are delighted with our long association with this fantastic event. Recent successes on the playing fields have rugby awareness and affinity at a very high level. This enjoyment will encourage many people to come to Kinsale to witness another form of the game at its highest level. We wish Kinsale RFC continued success planning and presenting another successful tournament over the May Bank Holiday Weekend.â€
For the sixth year, Kukri is the official event wear for the Kinsale 7s. At the launch, Philip Stokes, Tournament Director announced that Kukri has just signed a deal for a further three years and thanked Terry Jackson, Managing Director of Kukri for their continued involvement and support.
â€œWe are delighted that Kukri is continuing their involvement with the event for a further three years. We are looking forward to another colourful â€˜Kinsale 7sâ€™ collection that is available over the weekend and we understand that many teams have already ordered their event wear in advance that adds to the festival atmosphere of the weekend,â€ he added.
Other partners include Pride Passion Party; Hayes Caravan Services, Kinsale Town Council and EMC. Charity partners this year include Kinsale Youth Support Services Project (KYSS) and the Wooden Spoon Childrenâ€™s Charity of Rugby.
The Heineken Kinsale 7s generates a massive boost to the local economy at the start of the tourist season and is staffed entirely by volunteers.  It is a hugely important event for Kinsale town and district and allows Kinsale showcase its heritage and gourmet reputation.
The Heineken Kinsale 7s continues to increase its social media profile attracting over 100,000 facebook friends during last yearâ€™s event and many thousands of twitter followers.
For further information and updates, visit www.kinsale7s.com or follow us on facebook and twitter. 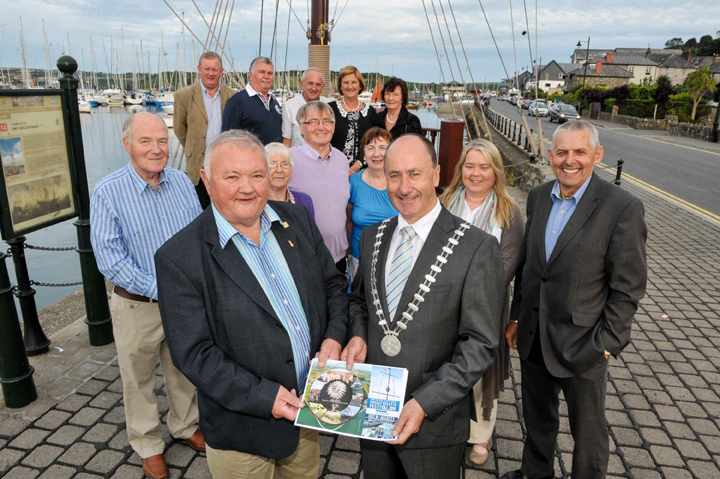