Plans are well underway for the 2016 Guinness Kinsale Jazz Festival, with a bumper programme for the Kinsale ‘fringe’ Festival from 28th-31st October. The Kinsale Jazz Festival runs concurrently with the Guinness Cork Jazz Festival and always attracts visitors from near and far.
As well as the popular residencies in many of the Kinsale hotels and bars, this year Kinsale welcomes Chicago born Lila Ammons, who has won fans of blues to jazz to bossa, performing in the US Midwest and at Europe's largest Boogie Woogie, Blues, and Jazz Festivals.
Lila will be accompanied by legendary jazz musician and impresario Billy Crosbie at The Trident Hotel on Friday 28th October from 5-7pm. She will then travel around various Kinsale venues accompanied by Jack Crosbie.
Also, a fabulous French Marching Band called ‘The French Connection’ will roam streets of Kinsale as troubadors. This spectacle is bound to cause great excitement as they surprise people in various venues around Kinsale.
Both acts are also scheduled to play in the Guinness Cork Jazz Festival over the October Bank Holiday Weekend 28th-31st October 2016.
“We are very much looking forward to welcoming Lila Ammons and the French Connection to Kinsale as we know there is an appetite for jazz and blues and the Jazz weekend remains a popular date in the Kinsale calendar,” said Jack McGouran, Jazz Programme Musical Director.
There are several gigs from lunchtime to late in over 20 venues throughout Kinsale over the October Bank Holiday weekend. The Guinness Kinsale Jazz Festival Programme will be continually updated on www.kinsale.ie 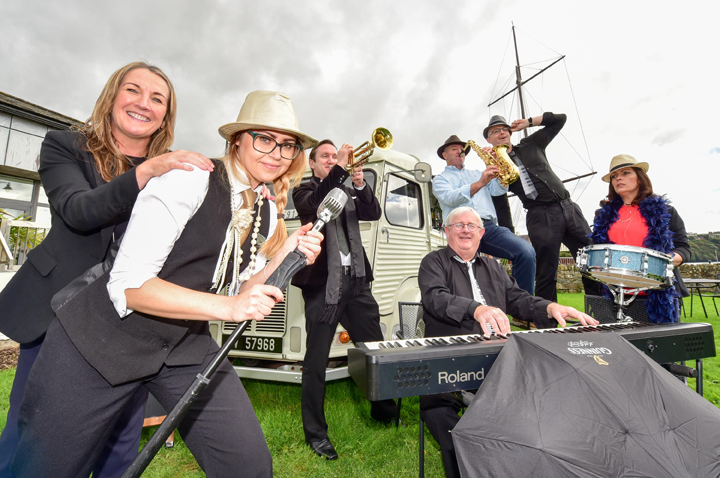