On Thursday 17 December, at the invitation of Padraig Fitzgerald of Kinsale Peace Project, film-maker Peadar King will talk to Transition year students in Kinsale Community School. He will read from his latest book 'War, Suffering and the Struggle for Human Rights' and a screening of his film 'Aleppo - The Most Beautiful and Elegant City in the World' will take place.

King is a Cork-based writer and documentary filmmaker. For the past two decades he has presented and produced the RTÉ Television Global Affairs series 'What in the World?' As part of that series, Peadar has travelled to over 50 countries across Africa, Asia and Latin America.

The stories that Peadar reports on are seldom heard stories. All kinds of stories. The decimation of coastal communities in West Africa as a result of the exploitation of fishing stocks by large transnational fishing fleets. The exploitation of silver reserves in the imposing Cerro Rico mountain in Bolivia that dates back to the time of the first Conquistadors and still sends men to early graves. The threat that urbanisation and modernisation poses to nomadic communities in Mongolia. The demise of the once great Niger river that no longer flows to the once great city of Timbuktu due to the devastating effect of climate change. And of late, the way in which the military-industrial complex has contributed to the instability across the world, an instability that has become more and more pronounced since the start of this still new millennium.

Kinsale Peace Project is grateful to Kinsale Community School for facilitating this talk in a safe and socially distanced manner. 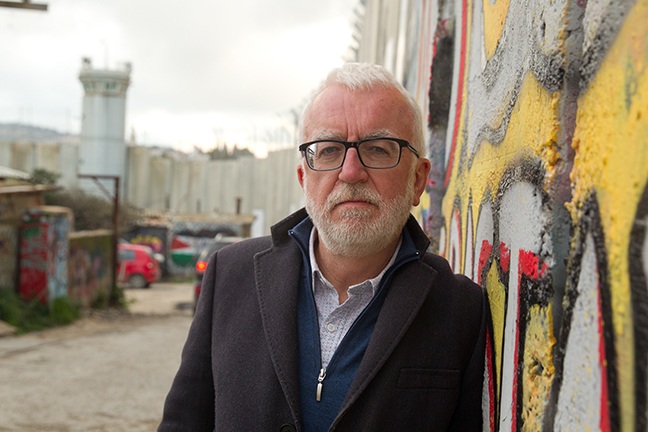