KINSALE and districtâ€™s first youth health worker, Tom Walsh, was formally announced by Minister of State for Mental Health, Kathleen Lynch TD on behalf of Kinsale Youth Support Services (KYSS) at a  well attended function in the Carlton Hotel on Monday night.
The 51 year old from Crosshaven, who is married with two teenage daughters and has a background in youth work in alcohol and drug intervention, said he was â€˜hugely excitedâ€™ on his appointment, the first of its kind in West Cork. He was hugely impressed by the community spirit in Kinsale and surrounding parishes where he will work and stressed he was â€˜a real person,â€™ young people experiencing difficulty or concerned family members or friends could phone (085-8725789) and meet.
Minister Lynch, along with all other speakers, paid tribute to KYSS for its outstanding achievement since its establishment in 2010, especially the infectious enthusiasm, energy and determination of its founding chairman James Oâ€™Mahony and his committee who were actually doing something for the well being of youth and their families. She also praised the Health Service Executive (HSE) for its financial backing of KYSS and the new post.
â€˜Young people are our future and who keep us going but because they donâ€™t appreciate how precious they are, we need more than ever to let them know that they are the light of our lives, very precious and assure them that we all make mistakes because some of us sometimes forget we were youngâ€™
Mariel Twomey gave an outline of the work to date of KYSS serving a catchment area of 10,000 people which, following extensive consultation, had included an awareness day and the launch of a website and the booklet Mise (My Life) which addresses the stigma of mental health, drug and alcohol addiction.  More recently â€˜Minding Young Peopleâ€™s Mental Healthâ€™ talks were held and following a competition, wrist bands distributed with the slogan â€˜Take Care, Help is Thereâ€™.  KYSS was also on Facebook and there was fantastic support from Riverstick Foroige Club, with its Reliant Robin/KYSS car and poster display, plus many other organizations and local individuals. The KYSS model, she added, was replicated in areas over Ireland.
Fellow KYSS member Dr Tony Foley said a youth health worker for the Kinsale area was sorely needed.  The My World National Youth Survey conducted by the Headstrong and the Dept of Psychology at UCD in 2012 revealed that mental health difficulties emerged in early adolescence and peaked in mid teenage years and it was here that intervention was needed to address the risk factors of alcohol, drugs, anxiety and depression.
The main protective factor, according to the survey, was the presence of one good adult that a young person could turn to in time of need so to have a youth worker on the ground was a great. Dr Foley went on to thank the committee, Eli Lilly, Southern Regional Task Force and Cariosa Lynch, Karen Mullane and Gretta Crowley of the HSE.
KYSS chairperson James Oâ€™Mahony thanked Tom Reilly and the Red Cross for making its premises at Church Square available for Tom Walsh free of charge, Bandon Garda Youth Project, Bandon Community Drugs Initiative, the HSE, committee members, fund raisers, the young people, Carlton Hotel and Minister Lynch.
â€˜We alone canâ€™t do it but working together we can do so much,â€™ said James who specially thanked the people of Kinsale and district in assisting the work of KYSS of prevention and intervention for youth at risk.
Along with Mariel Twomey, James said future plans included further improving networking with the different bodies, working with primary schools, more public talks, the launching of a KYSS DVD, the launch in the autumn of a â‚¬1 per week fund raising drive to increase the hours of the youth health worker from 20 to 40 hours per week and further develop the voluntary groupâ€™s services.
Alice de la Cour was an excellent MC and guests included past and present members of the Munster rugby squad, Mayor of Kinsale Billy Lynch, Cllrs Fred Treacy, Noel Harrington, Tony Cierans and Alan Clayton and county Cllr Veronica Neville plus representatives of a wide range of statutory and voluntary organizations and professionals, schools and most importantly, young people.
* To find out more about its free and confidential services log on to www.kyss.ie or phone 021-4774772. The booklet Mise and other excellent free literature is available. 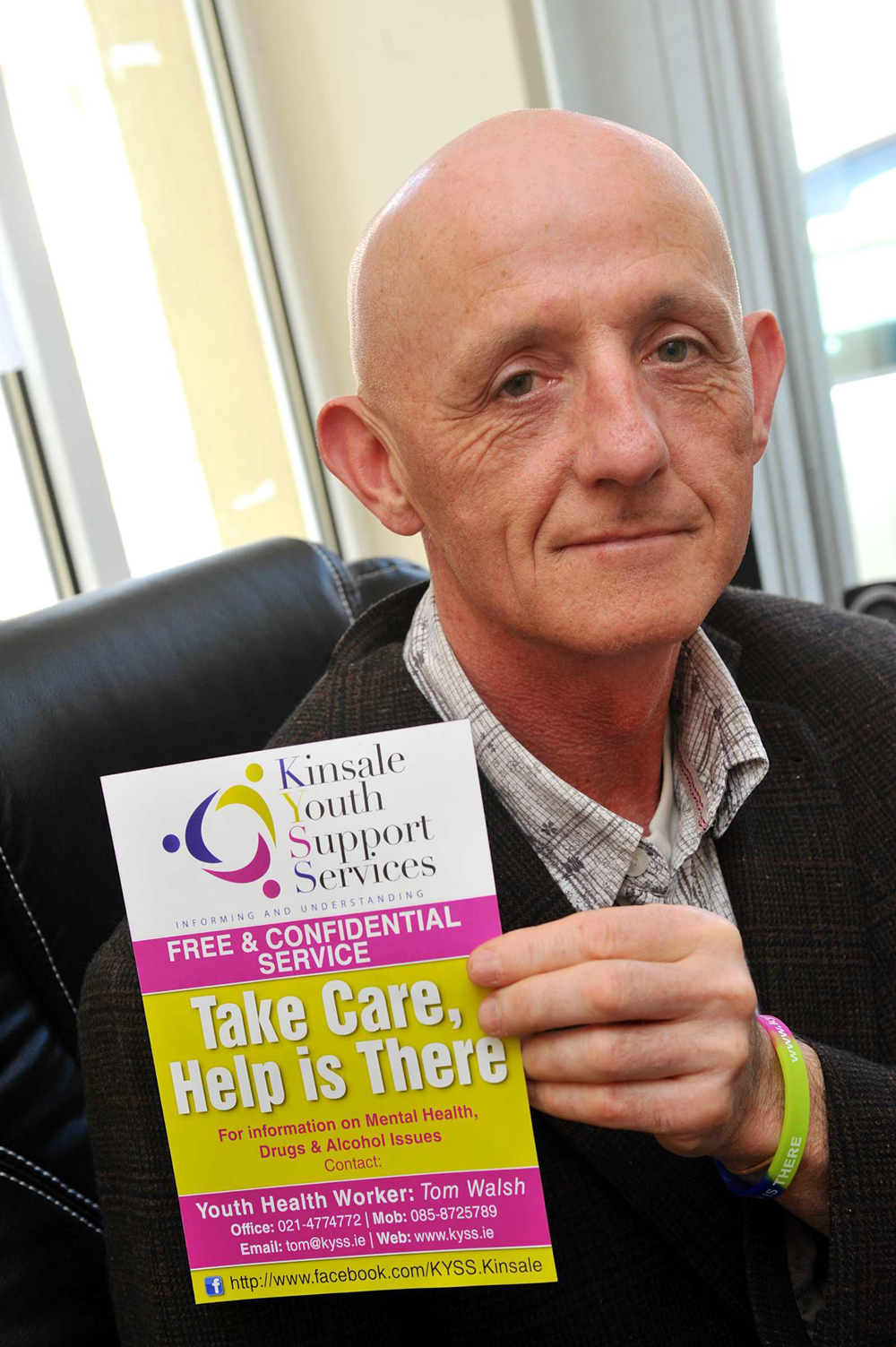