Kinsale Community School held its annual awards ceremony, Éacht na Scolaírí, on Friday 16th October. Nearly 600 students, parents and staff packed into the school hall to honour the achievements of the Kinsale students in a variety of areas.
Guest of Honour for the night was broadcaster Ms Mary Kennedy who expressed her delight to be in attendance celebrating the success of students at Kinsale Community School. Ms Kennedy was impressed by the diversity of the awards being presented and stated that it was a good indicator of the entire community that is, Kinsale Community School. She commended the opportunities, celebrations and accolades being provided in the school and the success of the Leaving Certificate class of 2015 and in particular, the fact that 20% of students received over 500 points. She also expressed her delight at the number of students receiving Gaisce Awards.
Ms Kennedy concluded her address by wishing the students well and encouraging students to continue their students and to continue to achieve. She also wished the school well in their 20th Year Celebrations next year.
On the night, which was MCed by Deputy Principal Kathleen O’Brien, students received awards for a host of achievements and activities ranging from Year Awards to Sporting Awards to Academic Awards. Pupils from the Leaving Certificate class of 2015 were honoured for their outstanding results with the Senior Academic Award being presented to Eoghan Gilleran. The Junior Certificate Academic Award was presented to Fiona Deasy and Christopher Healy who were recognised for their excellent Junior Certificate results both receiving 10 As and 1 B.
In welcoming Ms Mary Kennedy to the Kinsale Community School annual awards evening Fergal McCarthy, school principal extended his thanks to her for taking time out of her busy schedule to celebrate the success of the students at Kinsale Community School. Mr McCarthy also commented on how Kinsale had been nominated by Cork County Council to represent Cork in the Pride of Place Awards. He stated that he was thrilled with the fact that when Kinsale looked at what is great in our community and what defines our community, they singled out Kinsale Community School. Mr McCarthy also conveyed his congratulations to the Leaving Certificate class of 2015 who obtained exceptional results and also stated that their contribution to the school during their time there was truly remarkable.
The principal congratulated the parents and the teachers for all of the care and work that is associated with preparing students for this level of excellence. He congratulated the current students in attendance on their magnificent achievements and stated that they were now the role models within the community. He stated that they demonstrated the characteristics that the school community place a great value on. He appealed to the students to ensure they maintain a balance in their lives and to enjoy what life has to offer ‘Enjoy music, enjoy art, enjoy sport, be generous with your time and most importantly continue to display the kindness and active citizenship that is being encouraged by your teachers during your time here’. He also appealed to the award recipients to be entirely grateful to their parents and paid tribute to staff for the abundance of energy, enthusiasm and drive brought to their work. 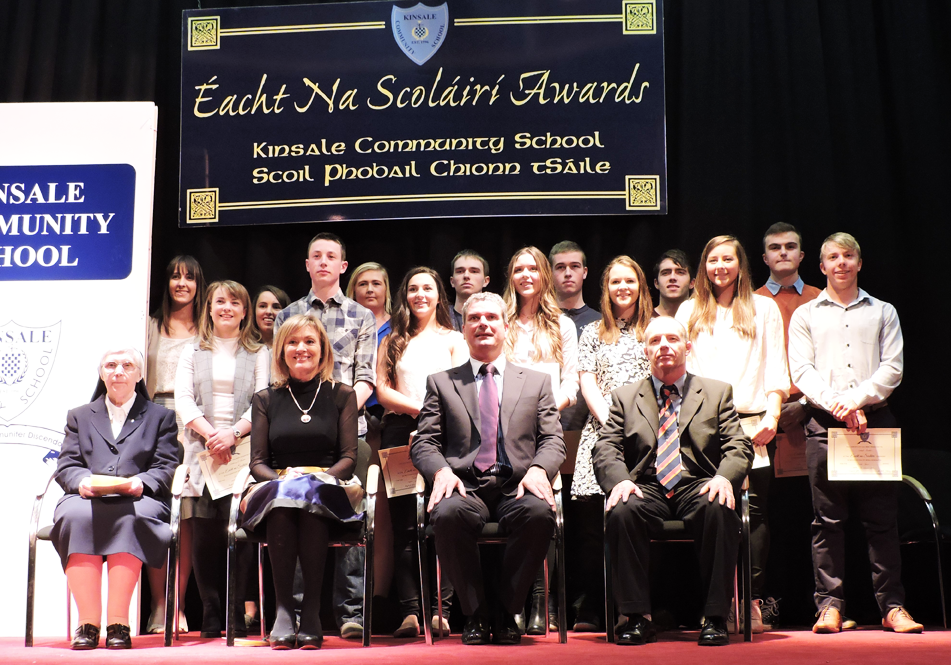