Three Irish students, Ciara Judge, Emer Hickey and Sophie Healy-Thow, from Kinsale Community School, have been chosen as one of five global finalists for their age category in the Google Science Fair 2014.   The Google Science Fair is an online competition which had thousands of competitors across the world and will cumulate in a judging event at Googleâ€™s San Francisco HQ in September. The Irish trio has seen off extremely stiff competition, initially becoming a leading project from across Europe, Middle East and Africa before being selected as one of the final five global finalists in their age group. To promote the talent of the entries and to choose the project most likely to â€˜change the worldâ€™, Google has now opened an online global public vote which will be run until September 14th 2014 and can be accessed on the Google Science Fair website (www.googlesciencefair.com).
The girls from Kinsale entered the competition with their latest work  investigating the use of a natural bacteria to assist food production by increasing crop output. The studentâ€™s work, which commenced in 2012 and has continued to this day, showed that a natural bacteria in the roots of plants such as peas and clover could improve the growth of other valuable food crops such as wheat, oats and barley. This innovation would produce substantially increased food yields and reduce fertiliser use, potentially making a significant difference to improving food security and reducing the impact of intensive agriculture across the globe.
The students have previously competed in and won both the 2013 BT Young Scientist & Technology Exhibition and the EU Contest for Young Scientists and they are preparing to head to San Francisco for the Google Science Fair finals on 19th September.
The following short Youtube video gives an overview of the project and its development:  http://www.youtube.com/watch?v=vL9N7O0uJoU
The trio regularly tweet on their project under @ciarafudgyjudgy,  @emerhickk and @sophiehealythow 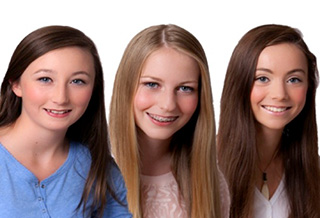