Kinsale History Society marked the one hundredth anniversary of the Easter Rising by unveiling a plaque to all those who fought for Irish Independence from the town and district. Taking place in the town’s park on Easter Monday, a large crowd witnessed the society’s President, Eugene Gillen, unveil the memorial, which had been erected with the help of Cork County Council and local engineer, Brendan Fehily.
In what was a very respectful ceremony, Captain Ian Collins from the Defence Forces read the Proclamation, while the Chairman of the Bandon/Kinsale Electoral Area, James O’Donovan and Chairman of the local history society, Terry Connolly, laid a wreath at the memorial, before both men paid tribute to all of those who had played their part in organising the event.
The final acts in the ceremony witnessed the harbour master, Captain Phil Devitt, hosting the Tricolour on the town’s mast, before piper John Madden, led the gathering in a rendition of the national anthem, which completed the ceremony. 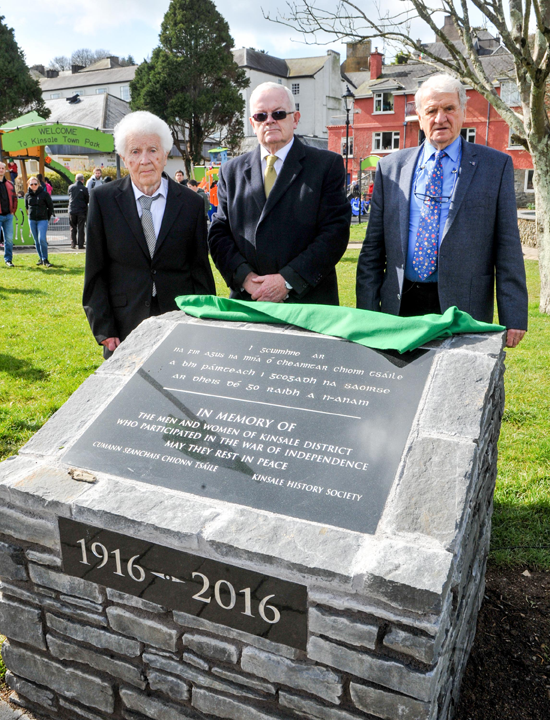