Volunteer members of Kinsale RNLI have a very special guest joining them in the town’s St. Patrick’s Day parade this Sunday 17 March. Paddy the horse, rescued by the RNLI crew in dramatic circumstances on Sunday 17 February, will lead the RNLI float in the parade.

Paddy’s hoof became wedged in the trestles of a submerged oyster bed when his owner, Paul Crowley, was washing him down in the Bandon river.
With the tide rising fast, the lifeboat crew was in a race against time. Not wishing to further spook the distressed animal, the lifeboat remained at a safe distance while RNLI volunteers Jonathan Connor and Michael O’Sullivan entered the water and successfully set Paddy free.
When they called to check on Paddy a few days later, they received a generous donation from the Crowley family and took the opportunity to offer Paddy a starring role in Kinsale's St. Patrick's Day parade.
RNLI volunteer Jonathan Connor said: ‘We asked Paddy straight up did he want to do it - yay or nay? He didn’t neigh, so we took it as a yes!' Paul will ride Paddy in the parade alongside his daughter Lauren on her pony Bailey.
Paul believes Paddy would have been lost had the lifeboat not been launched, and says the entire family wants to help promote the lifesaving work of the RNLI.
Kevin Gould, Lifeboat Operations Manager at Kinsale RNLI, said: 'We are honoured to have Paddy lead us in the parade and we thank the Crowley family for supporting the RNLI. Paddy's rescue shows how quickly you can get into difficulty, even close to the shore. It reinforces the RNLI's message to always respect the water. We want people to enjoy the water, but we also want you to recognise its dangers and never underestimate its power.
If you do get into difficulty, call 999 or 112 and ask for the Coast Guard. 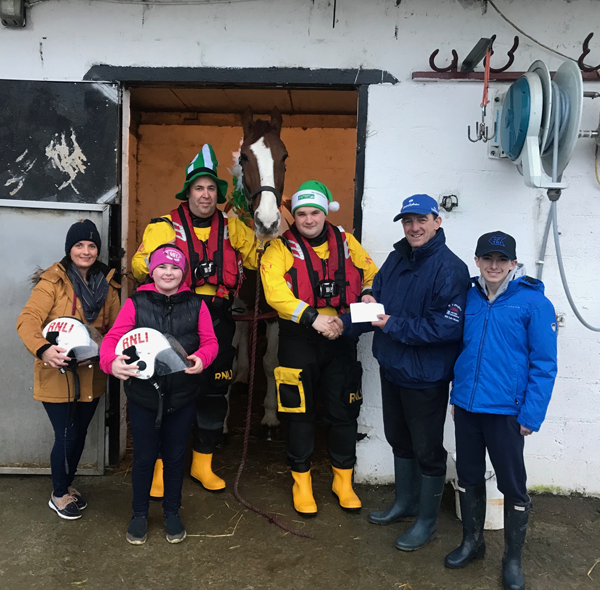