The RTE Cork series â€˜Secrets of the Irish Landscapeâ€™, presented by Derek Mooney which was broadcast on RTE One last May, has made the final of one of the worldâ€™s most prestigious film and television competitions â€“ the New York Film and Television Awards  2014.
The three parts series follows in the footsteps of Robert Lloyd Praeger, Irelandâ€™s greatest naturalist and author of the iconic book â€˜The Way That I Wentâ€™, as Derekâ€™s updates the history of how the Irish landscape came into being, using the very latest science and research.
The series was produced in RTE Cork in association with the National Botanic Gardens and UCC and was backed by the Broadcasting Authority of Ireland.
This is the second nomination the series has received in the last few weeks as the book to accompany the series was a finalist in the Irish Book Awards.
Currently on air in Australia and Canada the series was written, produced and directed by Head of RTE Cork and Kinsale area resident, Colm Crowley.
The series was shot in HD by freelance DOP Barry Donnellan on a Cannon C 300 camera, with additional photography by RTEâ€™s Corkâ€™s Ben Kilroy and a small team of specialists landscape photographers.
The series was edited by freelance editor Cliona Nolan and staff editor Sean Mooney and dubbed in RTE Cork by Niall Oâ€™Sullivan. Location sound was recorded by freelance Kieran Curtain and RTE Cork staffer Brendan Cahill.
The programme was researched by freelance Naoimh Reilly.
A complex media management solution was required to handle the HD work flow which was managed by Antoin O Callaghan and John Lynch in Cork and the series was graded in Windmill Lane by Dave Hughes
The production co-ordinators who worked across the 12 month shoot were Aoife Oâ€™ Callaghan and Sonya Oâ€™Neill
The chief series consultant was Matthew Jebb, Director of the National Botanic Gardens.
Congratulations to all involved! 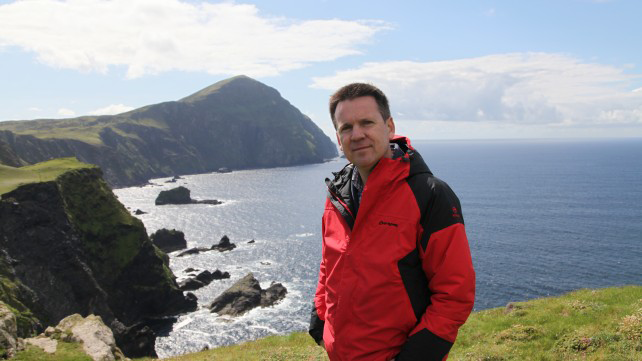