Kinsale and surrounding villages were well represented at the annual West Cork Garda Youth Awards which took place on Friday 23rd November last. This year 117 nominations were received, each of a very high standard. The West Cork Garda Youth Awards, run in association with Super Valu, were established 23 years ago to acknowledge achievements by young people in many different aspects of life. Chief Superintendent Con Cadogan said ‘I would like to congratulate the award winners, their family and friends, and the people who took the time to nominate someone. Keep up the outstanding work being done in West Cork.’ He also made a special mention of a previous recipient, boxer, Christiana Desmond who has since joined An Garda Siochána and is currently in the Garda College.
Huge congratulations to the local award winners: John Walsh, Riverstick; Mike Madden, Belgooly who were overall winners, and to Cathy Hynes, Kinsale, a district winner; Shona O’Sullivan and Mary Collins, Ballinspittle, who won a Community Safety Award.
John Walsh, a 5th year student in Kinsale Community School, is acknowledged as a great volunteer, involving himself in all school activities, as well as being equally active in events in the town of Kinsale, volunteering for many organisations and also fundraising for same. He is admired by his peers who marvel at his hard work ethic, reliability and commitment to all causes within the school and local Kinsale community.
Mike Madden has been seen helping the residents of his community since he was 9 years old! Now 18 he continues to assist his neighbours and community in many ways. He has looked after sound and lighting for local productions, organised a Tractor Run to raise much needed funds for Kinsale Community School running track & all-weather pitch. In the aftermath of Storm Ophelia, he cleared roads and cut down trees. Mike is mad about engines and machines and is currently serving an apprenticeship with Daf Trucks in Cork.
17 year old Cathy Hynes has made a very positive contribution to her school community. She has fundraised for the school on several occasions and volunteers in her local community also. Last October, she represented the school at the European Youth Parliament in Rotterdam, being one of 200 students chosen. She is a Ladybird Leader with the Irish Girl Guides and she volunteered to assist people with physical disabilities on a trip to Lourdes. She has fundraised for Cork Autism.
The ever-busy Cathy is a reader at her local church every Sunday and she also sings in the choir. Cathy Hynes is noted for her positivity and tenacity in highlighting the willingness of young people to be proactive in their local community.
She is keen that young people take politics seriously and her school and local communities have benefitted greatly from her enthusiasm for and commitment to voluntary efforts and activities. As the proverb goes – Actions speak louder than words. Cathy Hynes is a dynamic young lady of action. She is a motivated and proactive; she is an inspiration to her peers.
Shona O’Sullivan and Mary Collins, Ballinspittle, won a Community Safety Award. The duo organised an Information Day on CRY –that is Cardiac Risk in the Young organisation. The encouraged locals to use the defibrillator and learn CPR and surveyed members of both Foróige and the local GAA club on what they would like to see done to help the health of young people in the Ballinadee/Ballinspittle area.
The responded to the tragic deaths of two sisters from the locality from sudden death syndrome and approached CRY re their work on health issues and proceeded to highlight CRY’s marvellous work. They spoke with the devastated family and encouraged the remaining members of the family to go for further screening. Both Shona and Mary attended a leadership course with Foróige and brought their new-found skills to bear on the preparations for the coffee morning which raised a magnificent €1,000.

Huge congratulations to all the award-winners and nominees. 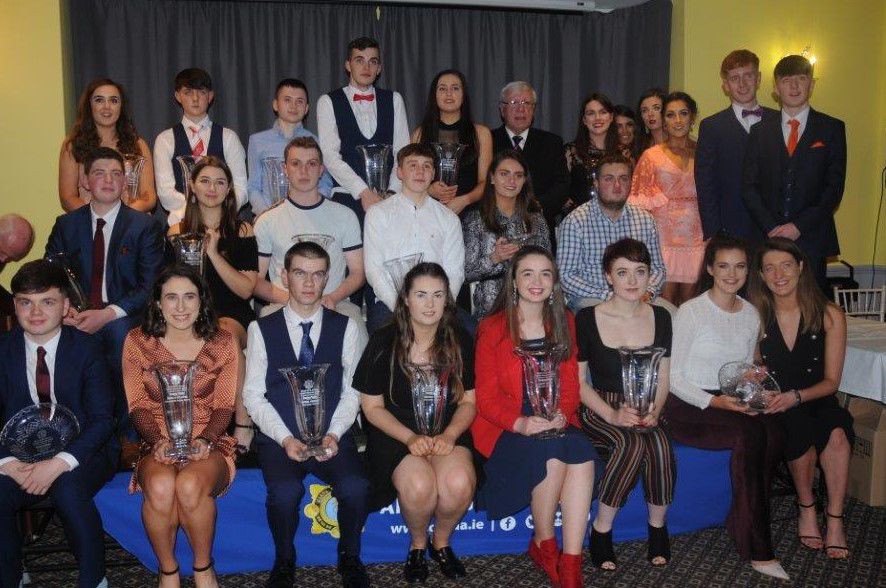