Now in its third year, Words by Water, which will take place from October 3rd to 6th, is building on its already strong reputation; bringing you a wider programme for 2019 with an impressive line-up of over 30 guest authors for an event that promises to have something for everyone. With a packed programme of readings, workshops, panel discussions, a sports writing extravaganza and children’s events, it really does speak to every literary enthusiast. Whether you’re a writer, reader, or graphic novel fan this is the place for you to continue your love affair with the written word or spark a new romance that will last forever.
Speaking at the launch of the Kinsale Literary Festival, Words by Water, Committee Member Ruth McDonnell said, ‘We are thrilled to be presenting such an impressive literary festival line up for Words by Water 2019. We bring 35 of the best established and emerging Irish and international authors to our town by the sea to create an event that at its heart is about the love of the written word. As you dive into our programme, you’ll see incredible names like Sineád Gleeson, Donal Ryan, Emilie Pine, Rosita Boland, combined with workshops, panel discussions and a fun children’s programme. We want to build on people’s love of reading and writing but also create a new generation who feel inspired by the magic of the written word.’
The written word is an incredibly powerful medium - journalist, publicist, human rights activist, Osgur Breatnach’s very life is a story that you want to hear – he was at the centre of the notorious Sallins Case Conspiracy – and has spent subsequent 43 years exposing the truth. (Thursday 3rd October)

Multi award winning author Donal Ryan will be a highlight for many festival goers (Friday 4th October). Nominated twice for the Man Brooker Prize, his work has been translated into over 20 languages and adapted for stage and screen. He will read from his most recent novel From a low and quiet Sea.

Saturday afternoon (5th October) will see Sinéad Gleeson and Emilie Pine in conversation with Ailbhe Smyth – having these two incredible writers together is sure to draw in crowds. Author Anne Griffin will also be in conversation with Sue Leonard and will read from her best-selling novel When All is Said.

Being Various Panel Discussion on the afternoon of Saturday 5th October brings together the editor and contributors of the short story anthology, Being Various – who are making waves with their writings. Game writer Charlene Putney will also speak about game writing and interactive narrative.

Headlining the festival on the Saturday evening in the Trident Hotel are highly acclaimed poets Steven James Smith and Tony Walsh. Steven’s poetry videos have amassed over 2.5 million views and he has performed at Electric Picnic, Glastonbury Festival, the London Palladium, Vicar Street and the Oscar Wilde Awards in Los Angeles. Tony’s iconic performances have been lauded worldwide and both poets are coming to Kinsale as part of a large UK Tour.

There is a strong sports theme running through the festival with Conor Power reading from his forthcoming novel, Points and Tries– a fictional piece set during the era of professional hurling in the early 19th Century. Michael Moynihan, writer and sports journalist with the Irish Examiner promises lively and enlightening conversation on the afternoon of Friday 4th October.
On Sunday (6th October), Words by Water will bring you a sports writing extravaganza where Neal Horgan, Tomás Ó Se and Adrian Russell talk about their books and journalism to Michael Moynihan.
Panel discussions form a big part of the festival again this year, proving ever popular. Expect some very insightful conversation at the crime fiction panel on Friday night, which will see three writers delve into the nitty-gritty of what makes a great crime novel'
Is there a better way to spend a Sunday afternoon than in the company of journalist of the year 2018 and Irish Times features writer Rosita Boland? Expect fascinating conversations on her collection of essays – Elsewhere – one woman, one rucksack, one lifetime of travel.
Festival goers will get to experience the artistry of Irish Graphic Novelists and illustrators on display at the Graphic Book Fair – a significant and important form of literature that often, mistakenly, gets overlooked.
With six distinct workshops running throughout the festival, you will get an opportunity to learn more about how great literature is created – this is interesting whether you’re a writer who is honing your craft or you just want to get under the bonnet of your favourite books to understand how they were written – from plot development, to comics and song writing the workshops are full of opportunities to learn more about what makes writing great.
Reading and writing is a love that develops over a lifetime, Words by Water has a line up for kids and young people that ranges from storytelling to family workshops and a teen book club discussion.

Words by Water is truly a festival for all, so what are you waiting for……dive in. Event information, including the full programme and tickets are available on wordsbywater.ie. Words by Water runs from 3-6 October at various locations in the seaside town of Kinsale. 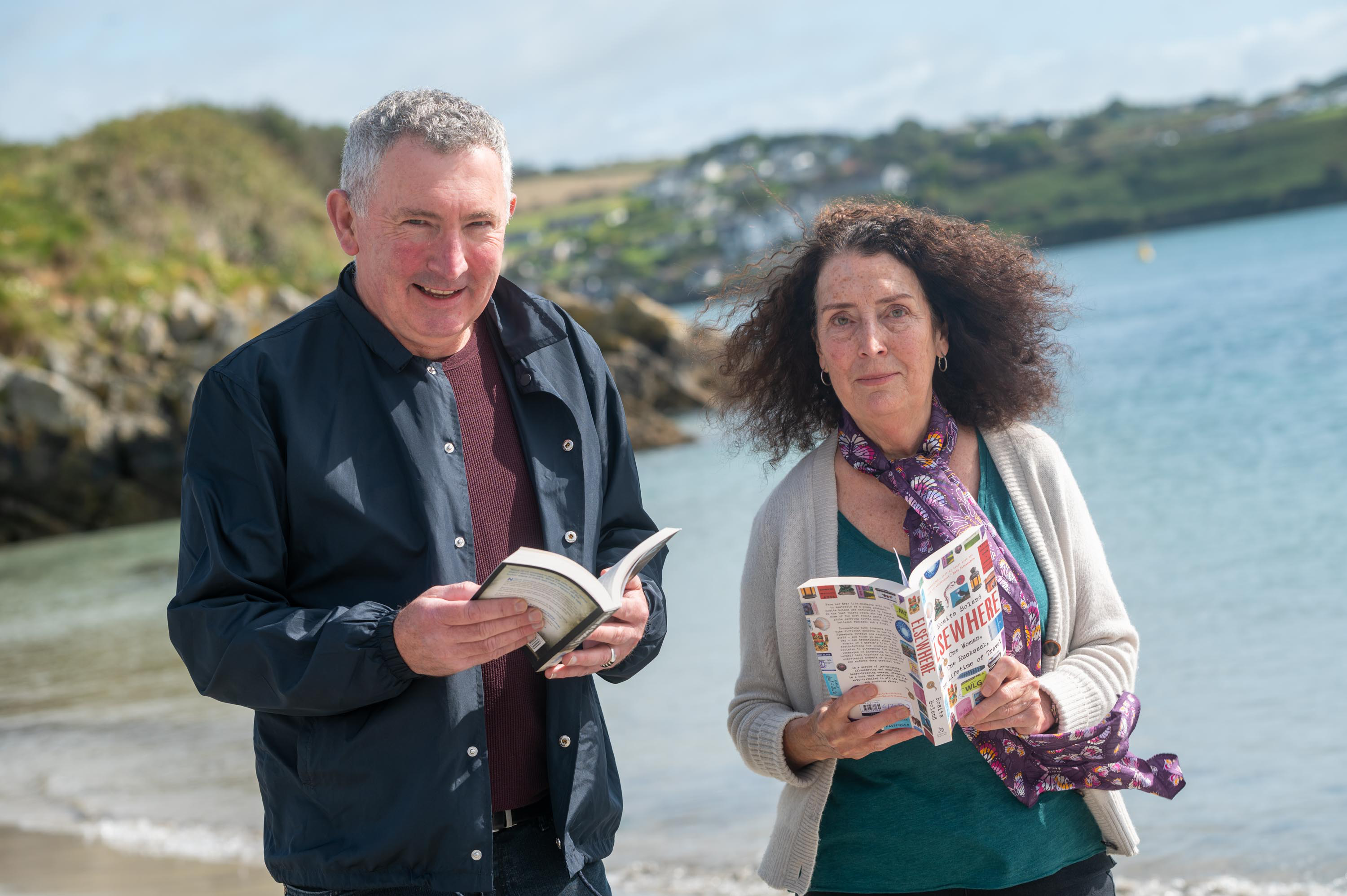